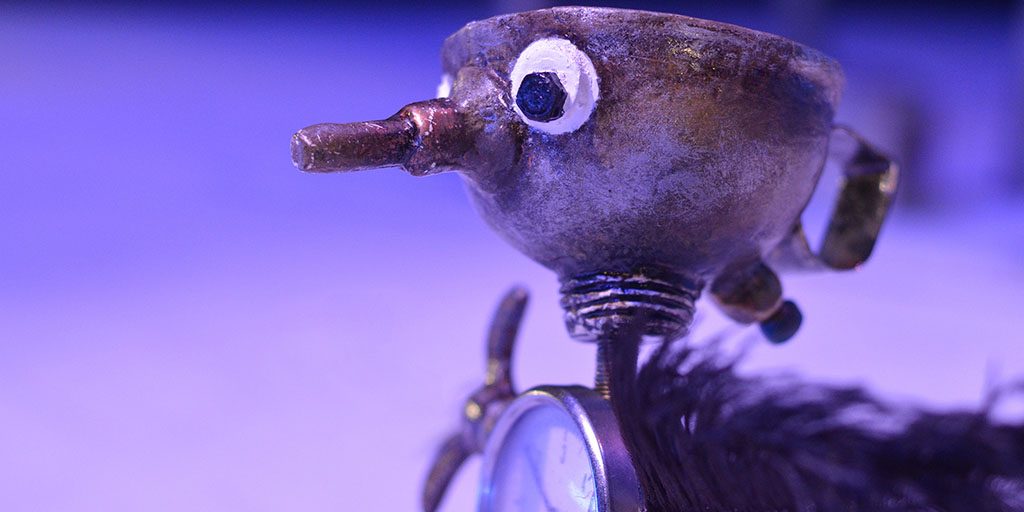 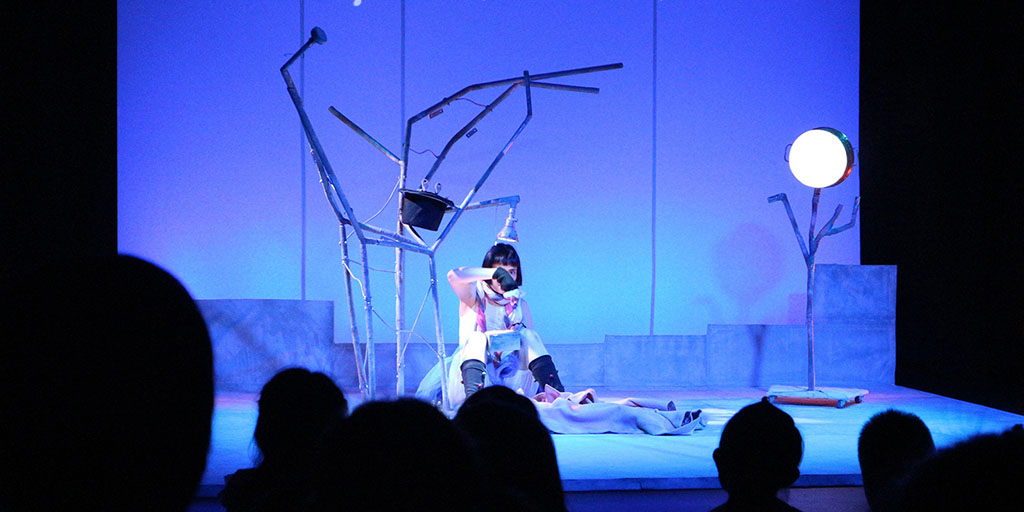 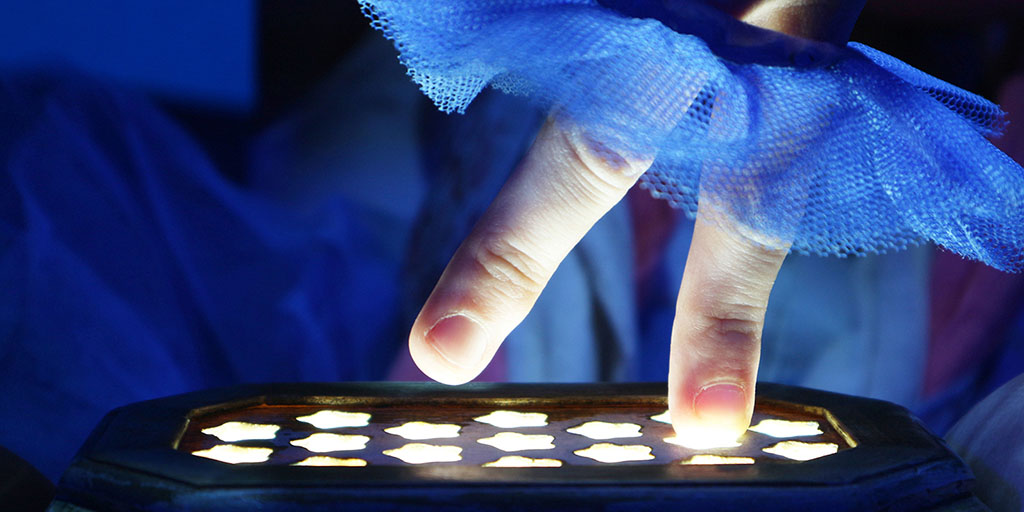 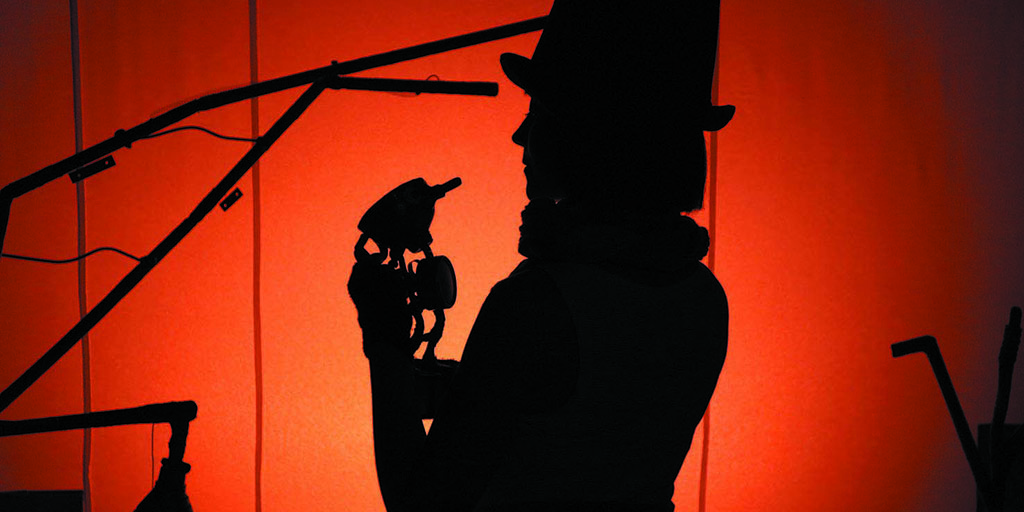 Max lives alone, isolated from the world. She seeks her happiness far from the critical gaze of others. This is because Max is different: she was born with a flipper for a foot.

She has constructed her own world, half real and half invented, and made that world her refuge.

Only when an intruder invades her small, fragile world will Max understand that she never really wanted to be alone.

Unlearning everything she has learned will make her light, able to dance to her own tune, unique: perfect. Then she can open her arms and embrace the world once more.

If you ever meet someone like Max one day, smile at them and look into their heart. Who knows what challenges they face?

All the people that made this show possible

“A really good show of this Theater company directed by Elisa Vargas, who is the autor of this beautiful and poetic history created with Jokin Oregi ( Maire de Jongh Theater company). Jokin Oregi  is, at the same time, the director of this show, giving it this magic touch so caracteristic.

At the scene the charm and good work of the actress Ana María Montero, between the magical and bright scenography of Iker Pérez.

To highlight too the imaginative costume of Ariel García y Araceli Morales, the original music of Mariano L-Platas and lighting desing of Juan Felipe Tomatierra.”

[…] for some time now, the themes addressed by children’s theatre have ceased to be restricted to simple primary colours, and children’s theatre is no longer limited to mere storytelling. Theatre companies have demonstrated that it is not only possible but necessary – desirable, even – to talk to children of all ages about issues such as death, illness, or pain. The way in which this is done is perhaps what marks the difference in theatre for children.

This year, companies such as ARENA EN LOS BOLSILLOS have provided a good example of this blend of form and content supported by quality staging. PEQUEÑA MAX, a delicate work of theatre for babies and toddlers, demonstrates how theatre can be effectively constructed using the mechanisms of allusion and elusion. Based on an approach that employs highly symbolic elements, it poses questions and raises issues traced in soft and very subtle brushstrokes on the canvas of the stage. The company plays with the idea of an audience that, while it is undoubtedly young, is also wise and intelligent, and knows how to read between the lines to build meaning, encouraged to do so as the work unfolds.

Suzanne Lebeau, a Canadian playwright with more than 40 years’ experience in children’s theatre across the globe, discussed these two creative mechanisms in the creation of theatre, the capacity to allude to something without directly naming it, and evade, sidestep or skirt round the crux of things that it is better to show than tell, to say without saying. Because in this respect theatre does not have the function of explaining anything; rather, the creator must work to reveal what needs to be told without making it obvious […]

Fortunately, the most mundane and obvious elements have no place in such works. The stories spring forth from profound creative needs and are developed onstage through this profoundly sincere quest to deal with the things that happen to us all in a way they have never been dealt with before. Whether we are talking about love, life’s passing or wanting to fly, this is the perfect antidote to the hackneyed stereotypes that so often dominate the stage in children’s theatre.

“This is a show targeted at the youngest of audiences (babies and toddlers aged 1 to 4 years, according to the programme) which enchanted not only the little ones but also – and above all – the adults present at the performance in the small rehearsal room next to the main theatre at the TOPIC.

Performed by Sevillian actress Ana María Montero, written by Elisa Vargas and Jokin Oregi, with technical and set design from Iker Pérez, and directed by Jokin Oregi, Pequeña Max turned out to be a real gem that took its audience by surprise. Using very simple objects (that were actually simple in appearance only, of course, since the work fulfils the principle that says that achieving simplicity involves a huge amount of very complex work behind the scenes), and acting that also has a minimalist register, sustained by the “veracity” of the character and the  efforts of the actor playing the role, Arena en los Bolsillos has created a work that explores essential themes: how the poetic affirmation of difference (the character of Max, deformed with a flipper-shaped foot much longer than the other) allows the unfolding of a self that is able to open new inner worlds and enjoy life through freedom and the joy of creation.

In other words, difference (and the solitude that comes with it) paves the way for the puppet, the essential practice of accessing inner worlds, poetry, and creativity. And this is achieved through a very simple staging that restricts itself to the elements of the scenery itself, but is nevertheless full of surprises, hidden nooks and crannies, magic boxes that the actor opens during her performance. Her rendering of Max is flawless, without a trace of sentimentalism or whimsy – which is vital if this type of theatre is to avoid putting off the grown-ups. A difficult job framed in a small space and rendered in a strict choreography that is pared down to the essentials: every movement, every gesture is justified by the corresponding sequence in the puppetry. This creates a tension in the performer, who is obliged to live what she is performing, without wasting time or energy, all of which are focused entirely on the action.

The result is a first-rate work of puppetry and performance which, from its premise of drawing in the youngest of children, ends up enchanting an entire audience, young and old, to the delight of all present.”